News updates, as well as forum and website changes will be mentioned here.
Post Reply
3 posts • Page 1 of 1

8 January 2013 - Last year, 2012, was a great year for the Prince of Persia modding community! A lot of entertaining new mods were released, useful software has been released and updated, cool new tricks were found, useful new documentation has been written, and so on. Details can be found in this PDF document. Let's hope that 2013 will bring us as much fun!
Top

July
.
.
David publishes information about the automatic moves of the prince's shadow in
PoP1.

Yikes, what bad timing: I cracked Shadow's automatic moves for myself just an hour before reading this document! 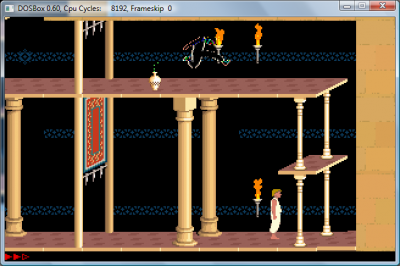 I thought I'd found something new, but I was just duplicating David's efforts. I'll have to go read all the threads I missed while I was away from the forum!
Top

tacosalad wrote:Yikes, what bad timing: I cracked Shadow's automatic moves for myself just an hour before reading this document!