The trailer for the mod that I'll release on January 1st:

One of the mods of the Two-Room Mods New Year extravaganza.

I'm looking forward to seeing playthrough videos of the levels.
Several levels are quite easy, while other levels will make even skilled players who check the levels in a level editor wonder how the levels can be finished.
All in all, the levels should be more interesting than the Prince of Wateria levels.
Top

Alright, released this second mod of mine.
When playing it (and, if applicable, when recording it), please use the original graphics - if you don't, several levels will be easier than intended.

Levels 7 and 12a are probably the easiest to finish, after those level 13.
Some levels, like level 10, have two possible paths to victory (using either is fine).
Top

David
The Prince of Persia

In the past two days I was playing this mod.
Level 1: Needs some perfect positioning for the jumps. I entered the level door using a glitch (was it intended?)
I don't know how to open the gate at the big potion. I know that the button is behind the closed chomper. Perhaps the blue potion opens the chomper? But how to drink it without bumping into the wall? From the other side?
Level 2: Also needs some positioning. Again, I don't know how to get the big potion. Perhaps the kid could somehow fall in? And how to get out?
Level 3: Ctrl-A had some job here!

The skeleton is... colourful?

Level 4: Interesting idea(s) in the first room... But I can't go further than the second guard. Either the kid falls into spikes or the guard stabs the kid (but then the guard falls into the chomper!

).
Level 5: Be faster than the shadow! Again the same glitch as on level 1.
Level 6: 10 run jumps are a bit boring... but the only way to advance.
I could get the big potion, but the gates close too soon.
Level 7: Am I right that some loose floors are activated by buttons?
It seems that the top-right loose floor usually falls (after some time) without anyone touching it, but sometimes it doesn't.
Easy... if I don't want the potion. Otherwise I need the "sometimes" to happen.
Level 8: This was very easy... the first time. Now I played it again and perhaps it's not *that* easy.
Level 9: Again mostly easy unless I want the potion... Something always closes the gate at the potion.
Level 10: A bit boring with going left-right-left... through mirrors! Needs precise positioning.
I could open the exit, but I don't know how to get there.
I could also cause an integer overflow, but I don't know if it was intended. It does not seem to bring closer to the solution though.
Update: but it does! I also found the other (less boring) solution.
Level 11: The gate closes before I can reach the exit. (Climbing 4 rows is long!)
Update: that gate has to be kept open.
It's a good thing that guards wait a bit when the kid is bumping into a wall.
Level 12: Again some interesting ideas with the special events.
Level 13: The beginning of the level is randomized, because of the loose floors.
Jaffar was so bored that he played tic-tac-toe... with himself?

I can't get the big potion here. I know how to open the gate at the potion, but how to get there?
Level 14: And yes, there *is* a potion here as well!

Some questions about the graphics:
What is that bouncing thing instead of the flame? A ball?
What are the palace spikes intended to be?
And the mirror is... a statue of the prince in some fancy hat? What is he holding?
Why does the mouse have red eyes? Because it's a white mouse... or because it *closes* some doors on level 8? (evil)
Some other small things I noticed:
The level door is an elevator. Some walls have a peace sign on them. The kid has longer hair.
Jaffar has longer beard. The fat guard has a baseball cap.
Top

Kind of unexpected, to read you played this fairly extensively.

Videos of the solutions that I intended can be found here. Above those are yaqxsw's solutions. It's very much a trick fest, which - somewhat unfortunately - makes the mod primarily interesting for (trick) veterans.

It started with me having ideas for custom graphics and sound effects. (The latter made possible by 'your' latest PR.) In a way, the levels are mostly there to show off the custom graphics. I'm quite happy with the palace chomper, for example. It kept me busy, with all its image fragments. Seemingly simple things like making the car trailer in the cut scenes the correct height, both in general and above its wheels, took a while. At some point the princess lays on it, she and Jaffar walk on it (Jaffar through the wooden arch), I didn't want the center of the wheels off-screen (sometimes the game displays a black bar at the bottom) but also wanted the gray chassis around them despite the height restrictions. The 'flies' on the lamppost determined its shape. And so on; things like that.


David wrote:Level 7: Am I right that some loose floors are activated by buttons?

Yes, I used your hex editing information for that.


David wrote:Jaffar was so bored that he played tic-tac-toe... with himself?

Yes, the mouse is evil because it closes the gate. Some custom graphics (like the bouncing ball and palace 'spikes') leave room for the player's imagination. The palace statue of the prince is a medieval knight with a feathered hat and a sword, holding a town crier-like scroll. 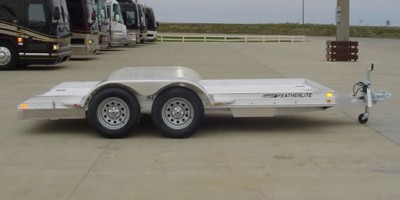 Yep, and new sound effects too.